What do markings on your palms say? Markings on your palm reveal a lot about your personality. Let us find out about what different markings mean. A transverse line unfortunately means evil and cunning. It means that the person, even if intelligent will use his intellect for tact and deceit. Beware of such people. If found on the mounts of fingers, vertical markings are considered to be really auspicious. The person with such markings is usually a positive person who does everyone good. In addition, vertical markings also makes way for good friendships and business decisions between people who have them. The grille, even though not an evil marking is a sign of weakness. The bearer of such a marking will often find his energies being drained out and he might be emotionally or mentally vulnerable. Crosses often denote troubles, disappointment and danger and the bearer is considered to be someone with bad behaviour. A person with a cross sign is also likely to indulge in superstition and the occult sciences. He might use people for his gain. Usually a positive sign, the star marking denotes brilliance and happiness in a person's life. However, with brilliance comes a price. The bearer of this sign may sometimes have to let go off his near and dear ones on his road to fame. A star on the mount will signify success, but it might wash away the bearer's other qualities. Tread with caution. The Island is always a negative sign. It usually denotes a hereditary illness or heavy emotional stress. The square is almost always a beneficial symbol. It denotes a special significance when covering an area that is experiencing turmoil, such as chained, broken or dotted lines. In the above case, difficulties will arise (due to broken lines), but due to the presence of the square, the bearer will overcome them. The circle is a rare marking in palmistry. It is usually considered evil, except if on a mount. However, if it touches other lines, it can bring misfortune to the bearer. The triangle is a positive sign, only when found on its own, not composed of intersecting lines. It denotes mental flourish and success. 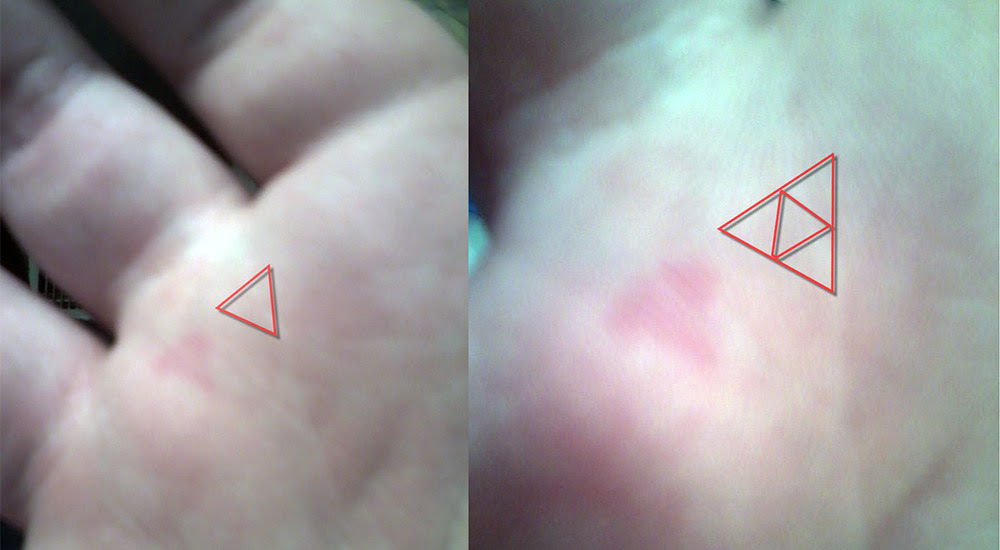 However, if found alongside a line, it will naturally take on significance dependent upon the line. The triangle brings in balance to the bearer. The spot is usually a sign of a malady and may denote a chronic or life-threatening disorder. The trident is a powerful sign and even eclipses all other markings! It brings in good fortune and brilliance to the bearer. A tassel marking deteriorates with age, so it is in fact the sign of an individual's health. If the marking has suddenly become very light, it means the bearer will be struck with a life-threatening disease. These lines depict disappointment in life. The bearer is usually depressed or unable to face challenges in life. 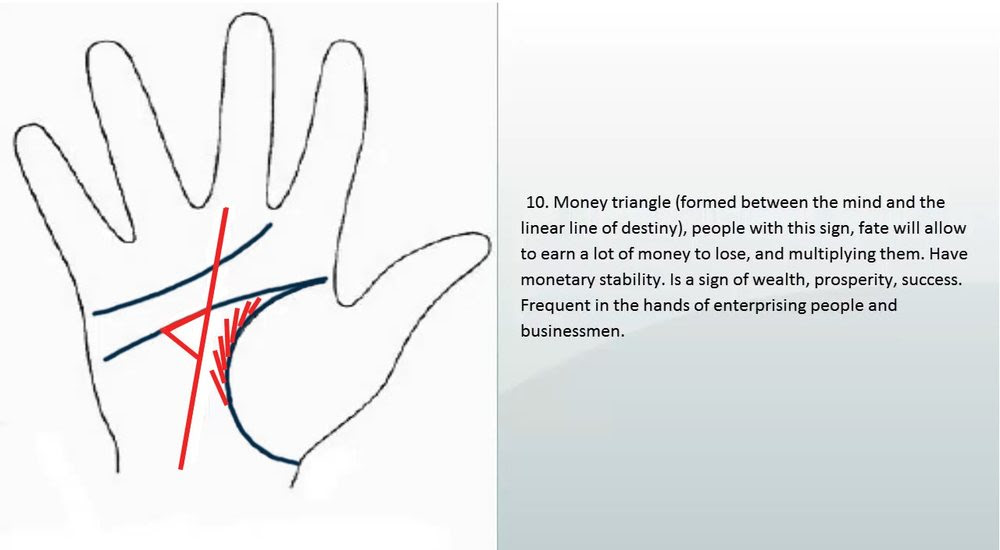 The inverse of drooping off shoots, this marking denotes inspiration, fruition, and happiness. The bearer of this sign will turn out to be charming and good with words. Sister lines support the line along which they follow. Sister lines are usually guiding lines and follow the traits of the lines they are associated with. So for your sister lines to be powerful, you need to check your other lines first.
Posted by Pradeep Singh at 9:00 PM

Email ThisBlogThis!Share to TwitterShare to FacebookShare to Pinterest
Labels: palmistry