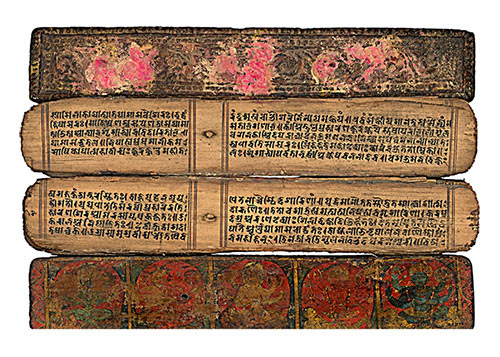 The Bhavishya Purana is an ancient text authored by Sri Vyasa Muni, the compiler of the Vedas. It is listed among the eighteen major Puranas. Bhavishya means “future” and Purana means “history”, so the text’s name would translate literally as “The History of the Future”. Though the text was written many thousands of years before the recorded events took place, by the power of his mystic vision, Sri Vyasa was able to accurately predict the happenings of the modern times.
Modern scholars reject the contents of Bhavishya Purana mostly on the grounds that its information is too accurate. But we should ask ourselves: If there was an empowered saint, who knew past, present and future, and if he chose to write a book named “the History of the Future”, shouldn’t it contain accurate information about the modern times, as the title suggests? We cannot disqualify it simply because it speaks accurately of the British controlling India, Hittler fighting the world, and Max Mueller misrepresenting the Vedic teachings. “Veda” means knowledge, and the Vedic texts contain knowledge of everything – past, present and future.

Email ThisBlogThis!Share to TwitterShare to FacebookShare to Pinterest
Labels: Bhavishya Purana: Regarding Bible